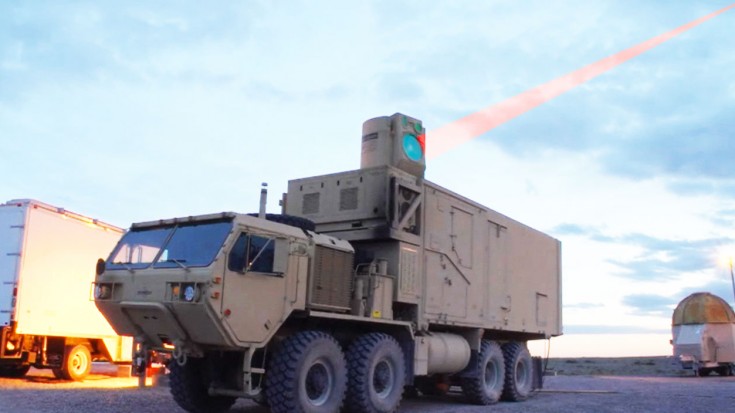 Boeing Has Always Been On The Forefront Of Innovation

The HEL MD, or High Energy Laser Mobile Demonstrator is a weaponized laser system designed by Boeing. Most recently, Boeing used their 10-kilowatt high energy laser and installed it on a Oshkosh military vehicle for easy transport.

Able to remotely target incoming threats, the crew needs to lock on to an incoming mortar or plane, while the laser heats it up until it explodes. Although still in development, most recent tests in foggy and rainy weather proved it a tremendously effective weapon.

These lasers are not high energy blast weapons, rather, they are designed to burrow a tiny hole into a critical place in their target to destroy them.

So far, this new weapon has a 90% success rate in destroying intended targets, which included 90 mortar rounds and about half a dozen drones. Boeing’s idea is that this new technology is not only more accurate and easier to use, but can also fire repeatedly without the need of raw materials, thus reducing cost per engagement. In addition, the limited amount of crew needed to operate the HEL MD would further reduce military cost allowing them to be repurposed in other areas.