Her Introduction Was Even Grander Than You’d Imagine 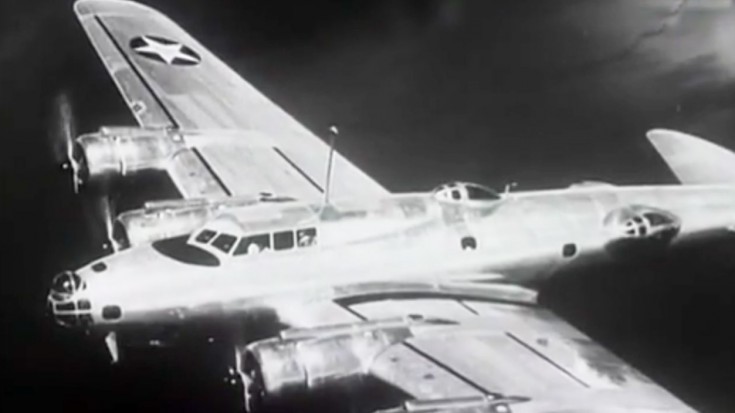 It’s easy to look back now at the feats of the Flying Fortresses and call them great, even iconic. We know the dangerous missions they were sent on, their young yet capable crews and their ability to take a beating in battle. The short clip you’re going to see here was the first time the American public was made aware of their new bomber. The way the narrator speaks about the B-17s however, feels like he knows what they’re going to be capable of.

Uncle Sam tests out the new watchdog of the skies. This is the American Army’s latest bombing plane. 21 tons of it.-Narrator

Flying over Mount Rainier, the B-17 in the video more likely than not rolled out of Boeing’s Factory 2, located in King County, Washington. This plant was completed in 1936, replacing Boeing’s Plant 1 which was geared towards assembling older biplanes. With new advents in technology, Plant 2 was geared towards making metal, not wooden planes and streamlined the operations to make them as efficiently as possible. The plant was operational until the 80s and in 2010 the factory was torn down to restore wetlands on the site.