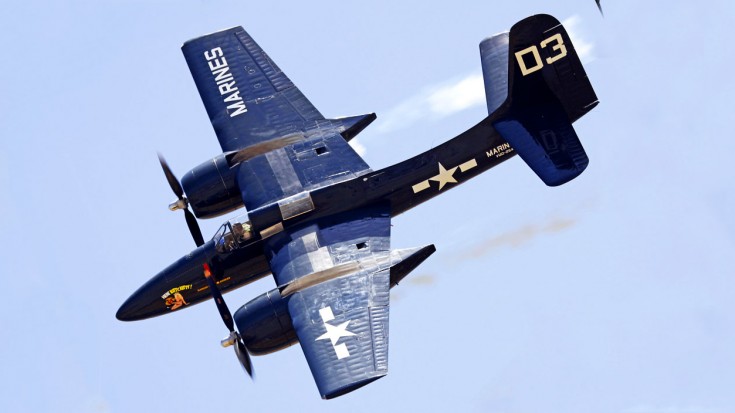 This Grumman F7F Tigercat was filmed at the Planes of Fame Airshow and excellently handled by Steve Hinton. From her designation, it seems like this is Here Kitty, Kitty!, a warbird that is owned by Lewis Legends located in San Antonio, Texas. She makes numerous appearances in the airshow circuit every year and as always it’s great to see one of these rare birds fly whenever one can.

While Tigercats never saw combat during World War II, they were quite capable in the air and were well received by any pilot who had a chance to fly them.

Behind the stick of this rare, twin engined beauty is Steve Hinton. Like the warbird, he could also be considered one of a kind. An avid aviator from an early age, he held the world speed record for over a decade and won countless Unlimited-class air races. His plane of choice was the Red Baron, a modified P-51 Mustang that clocked in at 499.018 mph hour back in 1979. Hinton was 27 at the time he broke the speed record also making him the youngest pilot to ever do so. It’s no wonder Here Kitty, Kitty! was put in his hands!