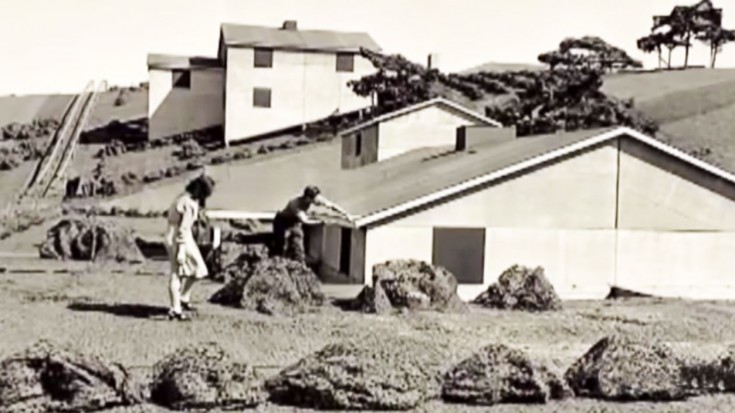 To Protect Their Plant, Boeing Built A Neighborhood On The Roof

After the December 7th attack on Pearl Harbor, the U.S. was made aware that they could be attacked on their home front. With Japan being directly across the Pacific with a Navy capable of reaching the West Coast and attacking, people started wondering whether or not they were safe.

As you’ll see in this vintage footage, citizens of Seattle were trained what to do in case of an attack. This included finding shelter and putting on masks in case of a gas attack.

Located in Seattle, Boeing’s Plant 2 was disguised to look like a neighborhood from above to mislead possible bombers.

Boeing’s plant that manufactured our beloved B-17s was located on the west coast of the United States, so naturally they wanted to do anything to prevent a possible attack. Thinking outside of the box some might say, architect William Bane Sr. came up with the idea of camouflaging the plant.

Using netting, wood, chicken wire and other unlikely materials like chicken feathers, they built a neighborhood on top of the roof. Yes, houses and fences and even pathways that resembled roads. Up close, the whole project looked quite awful, but from the air, it really looked like a normal neighborhood that was part of Seattle. That was the point.