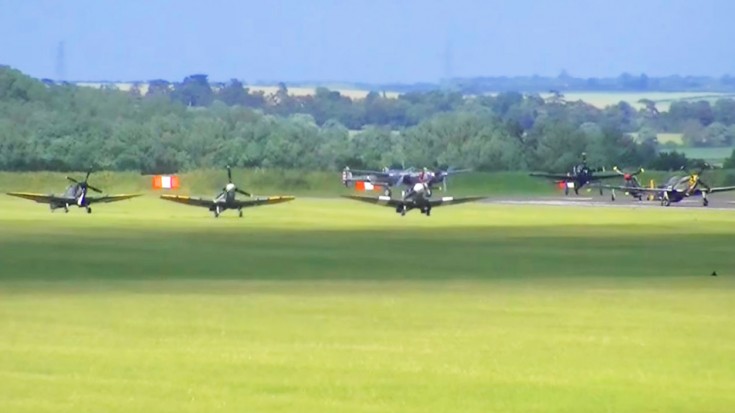 Flybys And Take-offs Of Spitfires, Bearcats And B-17s Just To Name A Few!

The Flying Legends Air Show in Cambridgeshire, United Kingdom is a world-famous event showcasing the rarest combinations of historic planes in one place. This particular video is a combination of many clips taken throughout the day, meaning, if you were there, you’d be able to see more than a dozen different World War I and II planes in just a single show!

Here’s a rundown and brief description of your favorites:

You’ll see most of these great planes taxi in front of the camera, giving you a close and personal look at their glory! After take-off, they’ll get in formation followed by some very loud fly-bys. Enjoy!