The Moment Yamamoto Was Shot Down by P-38 Lightnings 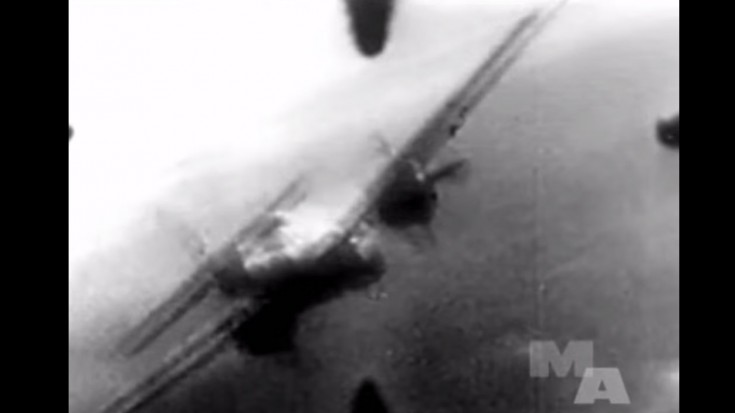 Could This Actually Be Footage of Yamamoto?

Isoroku Yamamoto, the Japanese admiral credited with the attack on Pearl Harbor became a target for the U.S. Armed Forces when Americans deciphered encrypted messages, revealing the admiral’s route through the Solomon Islands. In an effort to raise the moral of the Japanese troops, Yamamoto flew for an inspection in April on 1943.

The order to take down the admiral came directly from President Roosevelt as sixteen P-38 Lightning fighters were sent to intercept the two Betty bombers, in one of which the admiral was traveling, and their escort of six Mitsubishi Zeros. Having to fly an estimated 600 miles toward their target, the P-38’s flew close to the water in order to avoid radar detection. The Allies recorded the loss of one plane but the mission was a success as the bomber that transported the admiral was brought down above Buin.

Yamamoto being shot down by a P-38 Lightning had more than one positive effect for the Allies. It was a victory of morale and seen as a successful act of vengeance but also proved without a doubt that the twin-tailed Lightning’s long-range flight capabilities were not to be doubted.