Historical Footage Of The Day The Japanese Lost 85 Planes 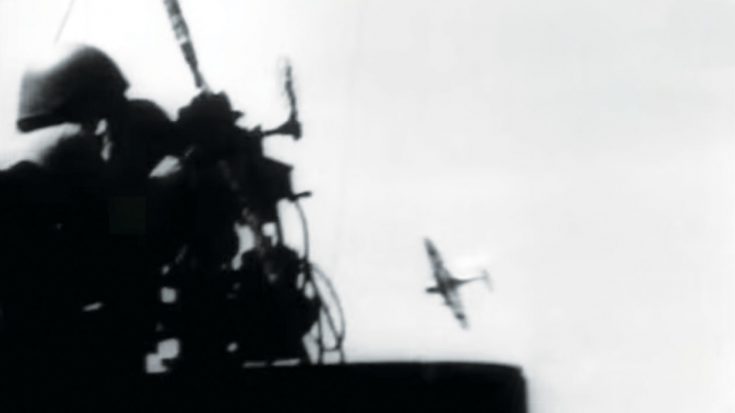 The Bravery Is Unparalleled.

From the Battle of Britain to the Battle of the Phillippine Sea, World War II produced some of the grandest air-to-air battles of all time. Never before or since have there been that many planes in the air at the same time, cutting through endless battleship shells while dogfighting each others. Today it’s all about electronics and which side has the latest radar detection. Air warfare has definitely changed.

This vintage clip we found floating on Youtube is another testament to that. Although we found a bunch of specific ones which we dug up information on, this particular clip doesn’t give any indication of when or where it was taken.

“An official Navy record oF a dramatic page of in the progress of modern air combat, the Americans chalk up a score of 85 enemy planes.”-Narrator

Actually, as for “where” we do have a basic idea. Since the film focuses on Americans shooting down Japanese planes by the dozens, it must have taken place in the Pacific Theater. When watching this clip though, try to imagine yourself in a cockpit of one of these planes. With hundreds of them in the air and ships shooting at you, it must have been pure chaos.