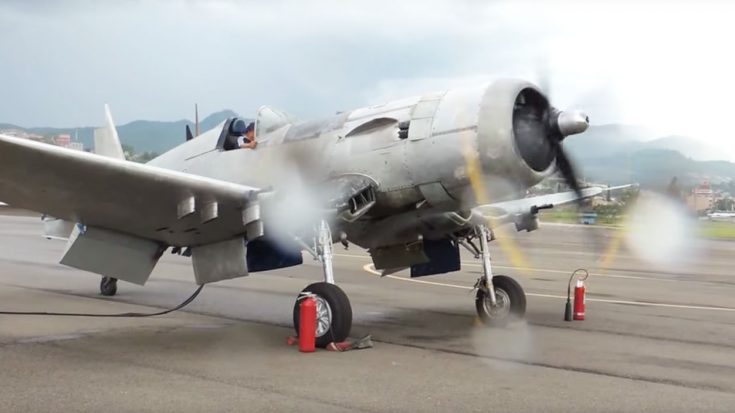 This Corsair was actually flown by Honduran Col. Fernando Soto in the conflict against El Salvador back in 1969. There’s actually a lot of history with this aircraft. It was said that on July 17th, 1969 Soto was able to shoot down three enemy aircraft during the fight. Two were also Corsairs and a P-51 Mustang. By the way, this was all in one day!

This is the last Corsair to fight other prop aircraft, air-to-air, combat and came out victorious!

So where is this plane exactly? It’s actually being restored at The Honduras Air Museum and is actually considered a national treasure. The Corsair served in a number of armed conflicts throughout the world even after WWII. So hone your ears on this Pratt and Whitney R 2800 32w with 18 cylinders. Listen to that supercharger! Turn up the volume please and thank you.