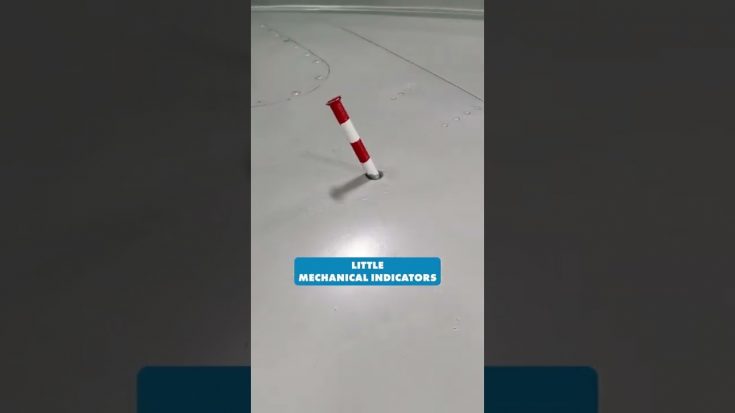 The guy from AirZoo gives us a walkthrough on how it works by going underneath into the landing gear! First, he explains that there are three landing gear indicators all over the plane, one on each wing and one in front of the cockpit.

He then goes on to explain that the pin is basically hooked to the landing gear, that when the landing gear swings up and is tucked away into the aircraft’s fuselage, it brings the pin down.

Meanwhile, when the gear swings back down, ready to land, it pushes the indicator pin up. That way, the pilot can see it. He says this is a “nice way to show if your gear is up or down.” Pretty cool, huh?