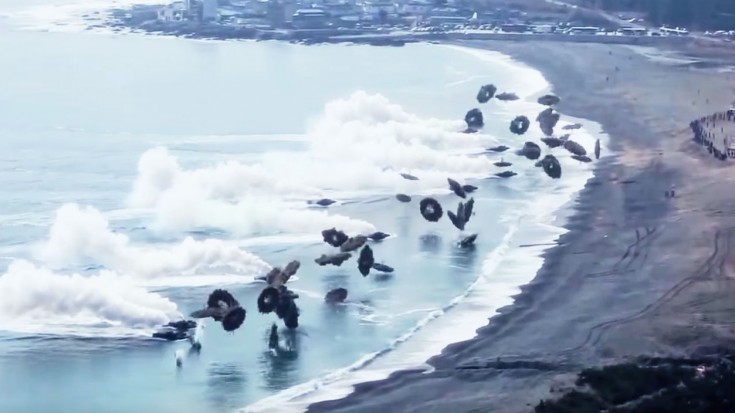 New Tactics And Equipment, But Still A Dangerous Endeavor.

On March 29th, 2014, exactly 69 years and 3 days after the battle of Iwo Jima ended, U.S. Marines and the Republic of Korea Marines performed a pretty neat exercise in Dogue Beach in Pohang, Republic of Korea. If war was to come that required a beach invasion, this is what it would look like.

For those of you who are kind of shaky with history (although our readers don’t strike us as those people) we’ll just quickly go over the battle of Iwo Jima for you. Its magnitude was stunning, which is why this modern day exercise is so noteworthy.

The battle was described as “a nightmare in hell” by correspondent Robert Sherrod.

This was a five week battle that took place between February 19th and March 26th, 1945. It became the biggest and most deadly battle in the Pacific Theater, as the total death toll in those weeks reached approximately 25,000. The island was thought to be of strategic importance as it was close to Japan’s mainland and was to be used as a base, but that fact has been debated over the years.

Of the 110,000 U.S. personnel, almost 7,000 were killed and almost 20,000 were wounded. This fierce battle was a topic of movies as well as books, and the famous picture and monument of Marines raising the flag we’ve all seen is from this battle.