Spotters Standing Behind B-1 Aren’t Ready For Take Off 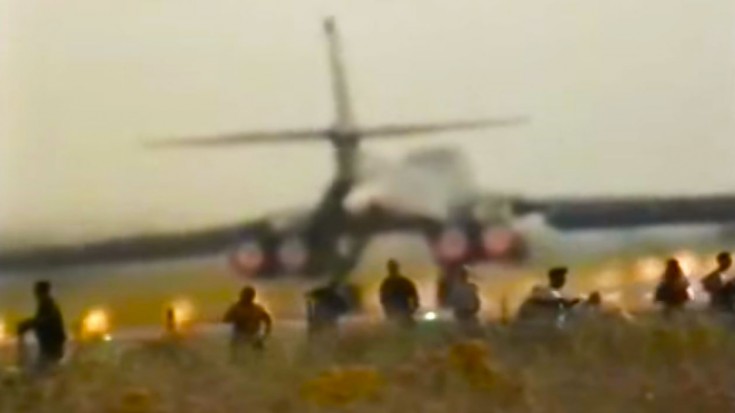 Some people, called plane spotters, got to extreme lengths in order to record or photograph their favorite planes. Since they’re really hardcore aviation enthusiasts, sometimes they go to great lengths to get that perfect shot or to be entertained at the maximum level. It seems like that’s what happened in this video.

We tried digging around, but were unable to find the location of this airstrip, as we always try to include that for your benefit. Unfortunately, sometimes that’s not possible, so all we can do is have you enjoy this video.

As you’ll see, although we don’t know where this is, many people (mentioned before) knew exactly where to be and at what time. With a couple dozen of them in the field behind the edge of the runway, they waited in anticipation of seeing one of the best looking planes of all time, namely, the B-1 bomber.

They definitely knew what this plane was as they were there on purpose, which begs the question of why they decided to stand that close to the jet blast. B-1s GE F101 engines produce 14,600 lbf. (30,780 with afterburner) each, and these bombers have four of them!

Well, see what happens when you get too close to them. It’s actually pretty funny how quickly these people realized this was a bad idea.