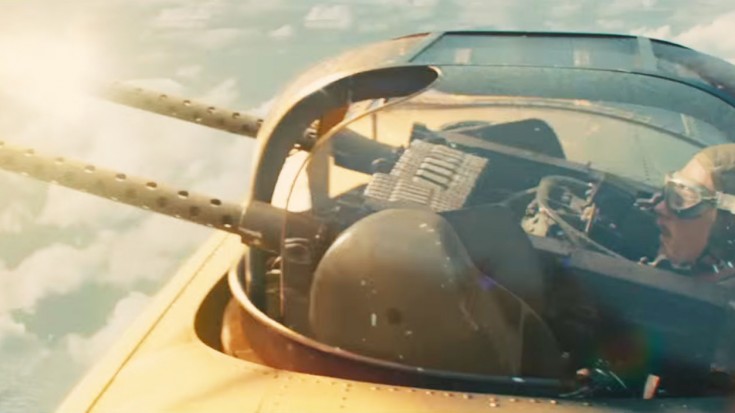 Although this is more of an opinion piece, we hope you’ll agree with it. It’s bee a while since a good and accurate World War II movie came out, as Hollywood seems to pump out movies once in a while for sheer entertainment. This movie however, focuses on the real story of one American hero who was unbroken by the war.

The movie is titled exactly that, Unbroken. If you haven’t seen it yet, download it, rent it, RedBox it or do whatever you have to do. Not only is the story amazing, so is the cinematography and for us aviation lovers, there is an intense Pacific theater scene featuring an air-to-air battle that you’ll think about for a while.

As a fun fact, Unbroken was the directorial debut of Angelina Jolie.

As not to spoil the movie, we’ll just give you some basics about it. This story is actually widely known because it circles around the life of Louis Zamperini. Prior to the war, he was an American olympian who ironically competed in the Berlin Olympics in 1936.

When the war started, he enlisted in the Air Force and was sent to the Pacific Theater, becoming a bombardier on a B-24 Liberator crew. Flying over the Pacific on a rescue mission, his bomber was shot down and the story of his struggles began.

Give this trailer a watch and let us know what you think whether you saw the movie or not.