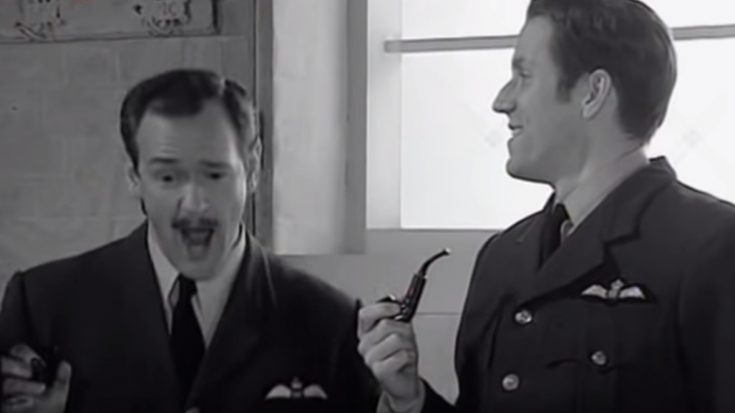 The Armstrong And Miller Show

The “greatest generation” has plenty to be proud of. They went through hell and back, enduring daily horrors beyond imagination. WWII was a time of giving all there was to give and fighting tooth and nail. The stakes were never higher.

Fast forward through the generations in British society and you get the “chav,” a particular British stereotype of sportswear attired, poorly spoken youth.

The Armstrong and Miller Show effectively combined the two in an odd yet hilarious hybrid; Two upper-class RAF pilots are in the thick of WWII, but their vocabulary and attitudes are pure “chav.”

The scene begins with two pilots being congratulated for receiving medals for bravery. Armstrong and Miller, from the other side of the room, begin complaining about the unfairness.

They claim, “We as better at war and flying and shit as they is.”  When the decorated pilots greet the duo, unamused, Armstrong and Miller express that they just aren’t understanding why they aren’t also “blinged up.”

Luckily the officer who awarded the medals is there to clear things up, first noting the “sacred bond among young men…killing other young men.” He explains quite eloquently what the pilots accomplished. But it isn’t until he changes his style of speech completely that Armstrong and Miller finally get it.

“…And that’s why I blinged them well up.”

Armstrong’s and Miller’s RAF pilots’ immaturity hilariously mashes the speech and manners of young people with a much more serious time in history.  British humor isn’t for everyone, but if you start to laugh at this sketch, it’s very possible that you might get stuck watching YouTube for a while.