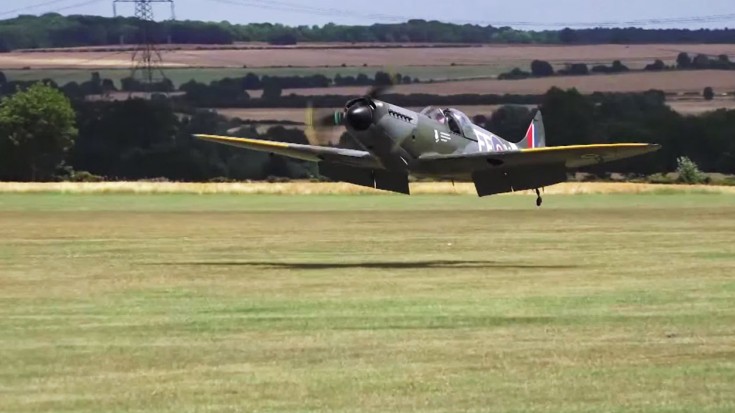 The Supermarine Spitfire was a fighter and photo-reconnaissance aircraft used by the Royal Air Force. This British single-seat fighter aircraft retired in 1961.

It was a heart-stopping moment for everyone when this skilled pilot was unable to release his landing gear while the Spitfire replica was flying at Sibson Airfield. He burned fuel as he circled in more or less 20 minutes which caused some skydivers who will supposedly jump at the airfield in Peterborough, Cambridgeshire to stay grounded. Landing on its belly and without any wheels, this brave and skillful pilot was not only unharmed but managed to complete a safe stop. Emergency services and some onlookers can be seen in this footage. Man, what a courageous move expertly done by the pilot! Salute to you sir!