This Incredible Pilot Mastered Taking Off And Landing Upside-down 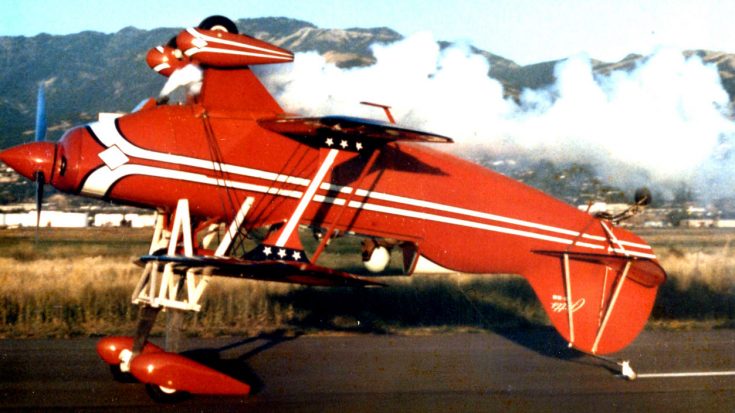 Talk About A Guy Who Knows What He’s Doing.

Meet Craig Hosing, a man who has been flying for as long as he can remember. He was introduced to flying at a young age by his father and has devoted his whole life to it. The stunt you’ll be seeing in this video is actually nothing compared to his whole career, as he’s the “go to guy” anytime Hollywood needs something done.

During one of his trips filming a volcano for a show, his helicopter broke down. He managed to land it inside the crater just feet from bubbling lava and lived to tell about it.

Although he is quite the star when it comes to any movie that needs aviation advice, he is well known for his plane called “Double Take.” Performing hundreds of shows for thousands of people, Craig’s plane had an extra pair of landing wheels on the top of it allowing him to land upside down and they loved every bit of it.

Think about that for a bit.

Landing upside down is no easy feat and yes, we know, practice makes perfect. The fact is that when you’re inverted and need to touch down gently, all your controls are backwards and you have to go against every instinct you have that you’ve practiced for years. That’s pretty incredible.