Rare Me 262 Energizes Crowds At Airpower 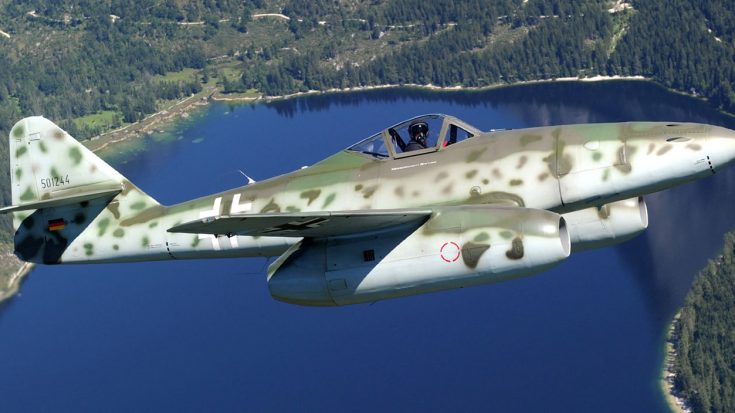 The Messerschmitt Me 262 certainly is not the most famous of German planes but it was innovative to military aviation. After a long series of development issues, the Me 262 made its introduction towards the end of World War II. After enduring problems with metallurgy, engine troubles and opposition from officials the Me 262 finally debuted as the first jet-powered fighter.

An estimated 1,400 Me 262s entered production during WWII, although many of them never saw battle. By the time they were combat-ready in 1944 Germany was already losing in the European Theater of War. The Me 262 was probably the most advanced fighter of WWII while claiming over 540 Allied kills. The jet-powered killing machine may have turned the tides of war, but it was too little too late. After World War II captured units of the Messerschmitt Me 262 were reverse engineered to cultivate modern fighter jets.

“It was capable of 827 km/h at sea level, making it the fastest aircraft to serve in World War II. The huge technical advantage afforded by the Me 262 made these aircraft highly sought-after spoils of war.”

Due to the amount reverse-engineering dissections, only a handful of Me 262s survive. The Airpower Airshow was fortunate to have this Me 262 show off the skills that brought us into The Jet Age.