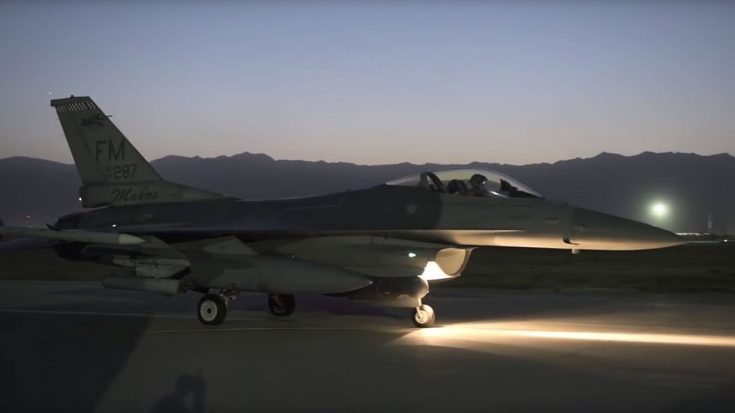 The War on Terror is not an easy one. Brave soldiers have been working hard to ensure the safety of the world over the past 15 years. In that time they have seen the War in Iraq, the decline of the Taliban and ISIS taking hold.

Over 1.3 million innocents lives have been killed in the Middle Eastern conflict but the coalition presses on. Attacks from Taliban forces are still common attacking innocent people with only the US Military to come to their defense. Intelligence crews gain insight to Taliban attacks and send aircraft on preemptive strikes before insurgents can inflict destruction.

“Several units of the Afghan National Defense and Security Forces were deployed to push back the Taliban offensive besides the prominent police chief of Kandahar General Abdul Raziq visited the city to coordinate attack against the group.”

Afghanistan has come far in the years since the war began, but there is still a long way to go. These F-16 fighters fly off at Twilight under cover of night to continue the war on terror. War is not pretty, but the sight of fighters in flight leaves a resounding satisfaction that we will have peace.