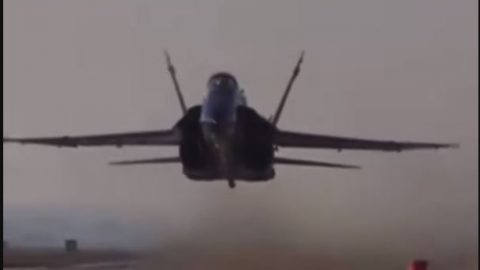 This video captures an incredibly low Blue Angel take-off. In fact, it kind of reminds us of the Darkstar scene from Top Gun: Maverick. There’s no doubt that these kinds of take-offs will definitely wake you up!

Another cool fact is that these planes actually take passengers for a ride. But don’t get too excited though- you couldn’t just pay for a ride. The flight demonstration squadron Blue Angels only gives away three seats to key influencers in their KI program.

According to the Blue Angels, their KI program is: