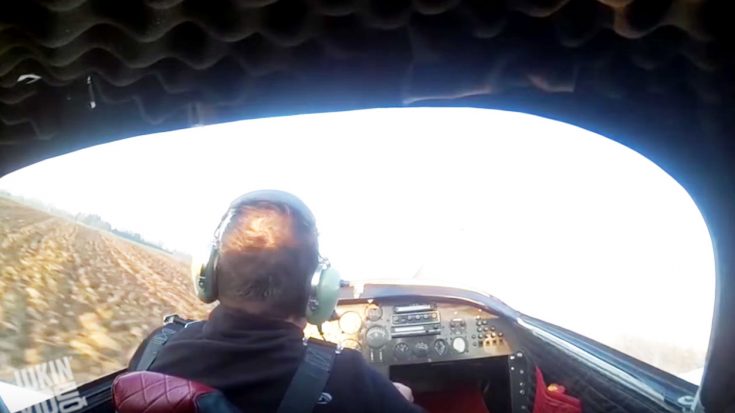 Flying is probably one of the most exhilarating activities a human can experience, with the exception of people that are deathly afraid of flying of course. Aside from those folks, flight is something many dream of and some of us actually go ahead and make it a reality.

The gentleman in this video did just that almost forty years ago. Accumulating over 400 hours of flight time, it’s safe to say that he knew what he was doing when taking off on that fateful day.

As you’ll see, his engine cut out right after takeoff and he decided to land on a nearby field. By our observation, and we could be wrong, he came in a bit too hot on that first try and his plane bounced back up. Airborne again, he clipped some trees and got send off sideways.

As violent as that crash looked, the pilot was actually unharmed and walked away from it by himself. The plane too was salvageable. Aside from an engine overhaul, the description mentioned a broken gear and that’s it. Surprising considering what that whole ordeal looked like.