Key Reason Why This Exotic Bomber Nearly Replaced The B-52 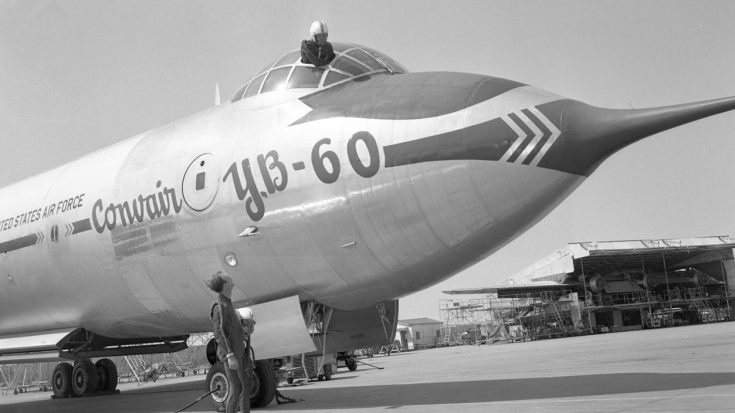 The Convair YB-60 is a jet that isn’t many in the aviation community are not familiar with. The United States Air Force was still in the midst of using the Convair B-36 as their primary bomber but sought to improve upon the design. They took their bomber program to the next step as they entered the jet age and created the YB-60.

The YB-60 was essentially a B-36 with some design improvements such as swept wings and jet engines rather than propellers. It could reach speeds over 500 miles per hour and armed with a payload of 36 tons of bombs. The YB-60 had some stiff competition during its development stages, a jet most people know as the B-52 Stratofortress.

“After its initial ferry flight to the Edwards Air Force Base Flight Test Center in California, the YB-60 flew 25 sorties and accumulated approximately 83 hours of test flight time. The second aircraft (B-60) was to be closer to a production configuration and featured a more aerodynamic nose that, if it had flown, would have increased airspeed.”

Ultimately the United States Air Force chose to develop the B-52 Stratofortress because it was a jet built from the ground up rather than a conversion of an older model jet. They made the right call because the B-52 has endured over the course of 60 years, but one could only wonder what might have happened if they had gone with the YB-60 instead.