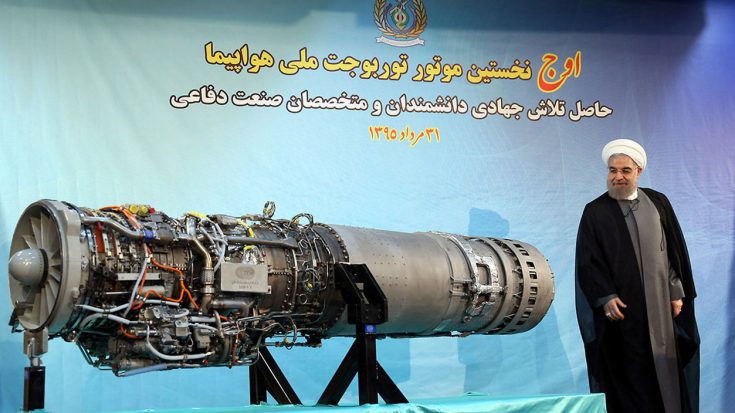 Iran has made a breakthrough in their indigenous technology by unveiling their own turbojet engine. The “Owj” (Zenith) engine made its debut at a ceremony for Iran’s Defense Industry moving forward towards developed countries. The hardware and software designs of this turbo engine are of Iranian origin with no outsourced materials. The Owj has over 14,000 individual parts and Iran joins the other eight nations capable of designing jet engines.

“The first national turbojet engine has the capability to operate at altitudes as high as 50,000 feet; it is equipped with multiple systems with high maneuverability capabilities in various operational and environmental conditions, and can be mounted on planes with a maximum takeoff weight of ten tons.”

Iran’s National Defense Industry Day also had a demonstration of their first vertical-launching air defense system and high-tech drones. Iran’s defense program has come a long way since American hackers sabotaged their nuclear program with Stuxnet virus. However, this is no laughing matter because Iran now has the technology to threaten neighboring countries. Iran could implement the new engine in a fleet of jets and drones or sell them to enemy nations. PressTV News Videos covers the details in their report of the Iran’s National Defense Industry Day.