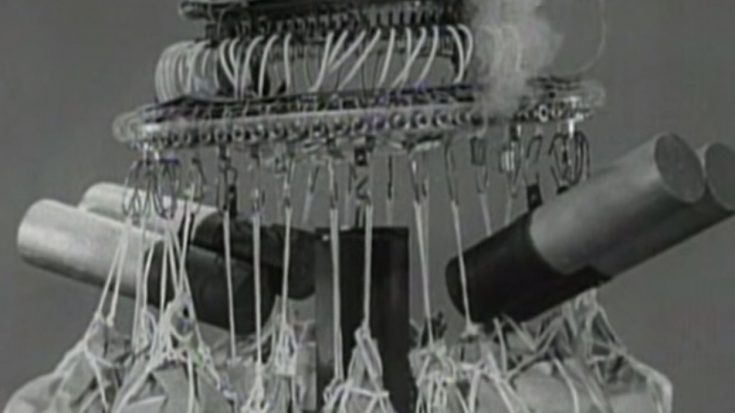 Today the concept of an intercontinental ballistic missile (ICBM) is fairly commonplace, but the concept has its origins in World War II. Many consider Nazi Germany’s V-2 rocket the original ICBM weapon but in actuality, Imperial Japan created the first intercontinental bomb. The United States was bombed by these weapons but there is a reason no one talked about this weapon.

Imperial Japan called it Operation Fugo, it was an elaborate plan to sent thousands of bombs attached to balloons to attack the United States. Thousands of these bombs were sent over the Pacific in an effort to spread fear and panic throughout America. The engineers who designed these balloon bombs crafted them from paper and tree bark which allowed them to be light and lift up to 1,000-lbs of bombs. They also knew that these weapons would be somewhat inaccurate so they harnessed the wind and aimed them towards the American Northwest with the intention of starting mass forest fires.

However, the engineers behind these bombs didn’t realize how ineffective these bombs would be. Many of them landed in the Pacific, some made their way as far as Montana but upon detonation had little to no effect. The United States Government told journalists not to report on the balloon bombs to avoid the spread of panic. The only fatality on record from one of these bombs came from a group of six people in Oregon who found a downed bomb and played with it causing it to explode.

It is estimated that 9,300 of these balloon bombs were created and people have been known to find them over 70 years later with many still unaccounted for. Simple History shows a brief look at the story of the balloon bombs in this clip.