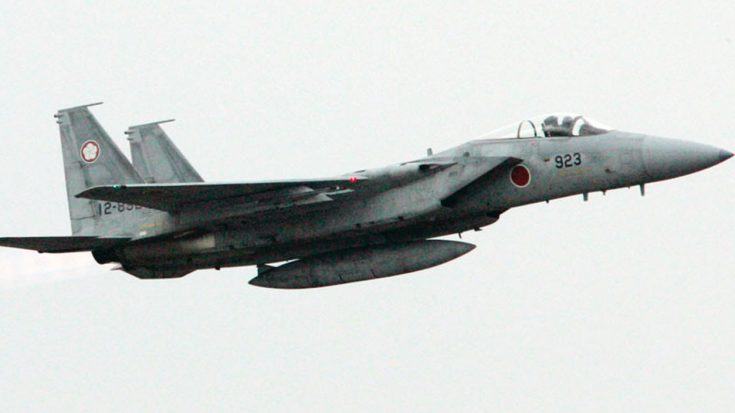 Japan has been tolerating China’s military presence for quite some time but there is only so much they can take. The recent incident involving over 30 Chinese aircraft engaging in a standoff against Japanese fighters tensions are higher than ever. The US Air Force announced they were spending $12 billion to upgrade F-15s and now Japan is following close behind.

“The massive increase in military appropriations out of Tokyo may be warranted in response to Beijing’s growing animosity towards its longstanding regional rival including recent air contact between Chinese and Japanese warplanes over the East China Sea.”

The Japanese Air Force will be boosting weapon capacity for 200 F-15s allowing them for carry 16 missiles. Japan and China are disputing a territorial claim over the Senkaku Islands. While these islands are uninhabited Japan uses the area for shipping routes, fishing and oil production. The Chinese Military has been constructing military bases on islands belonging to other nations.

“As the cruising range of Chinese military aircraft has gotten longer, they are coming ever closer to our territories.”

The ministry claims that they have scrambled fighter against Chinese aircraft nearly 200 times over a three month period. Although Japan has placed orders for F-35s it has met with delays and upgrading established F-15s yields immediate results. The United States and China are preparing their F-15s for a potential confrontation with China, do you believe these to be the right investment?