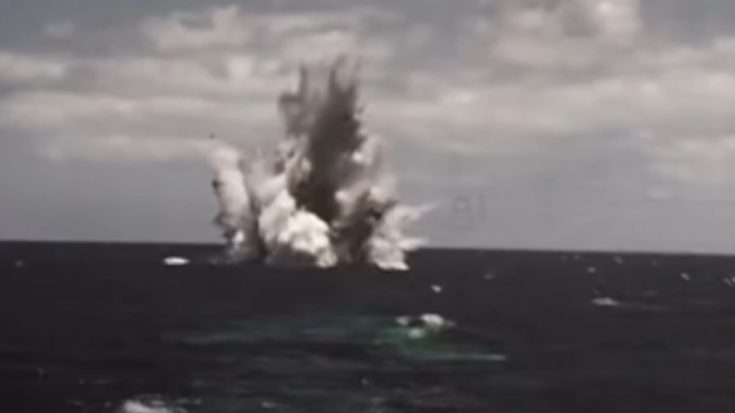 The Japanese submarines I-201 were one of the fastest submarine classes that were built in advanced design for high underwater speed for the Imperial Japanese Navy during World War II.

However, the war ended before she could see service and would eventually arrive at Pearl Harbor on February 13th 1946 with her sister submarine I-203, where their design was studied by the U.S. Navy.

On May 23rd 1946, the U.S. Navy sank I-201 as a target in tests of the Mark 9 exploder off Pearl Harbor. She sank after the submarine USS Queenfish hit her with a single Mark 18 Mod 2 torpedo. Watch video below.