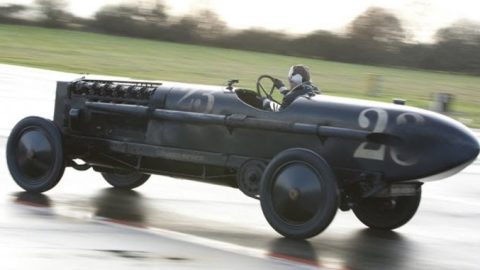 In one of the most iconic Top Gear episodes, Jeremy Clarkson drove a flame-spitting retro BMW called The Brutus. This experimental vehicle is nothing short of glorious. Powered by a 46-litre V12 engine which was used on the German bomber aircraft Heinkel He 111, there was an abundance of plane engines following World War I.

BMW got ahold of them and mounted one on a chassis with a 1907 chain drive. They tinkered a bit with it and because the final product looked menacing and terrifying, they gave it the name Brutus. It does have its weaknesses but overall, still a spectacular vehicle.