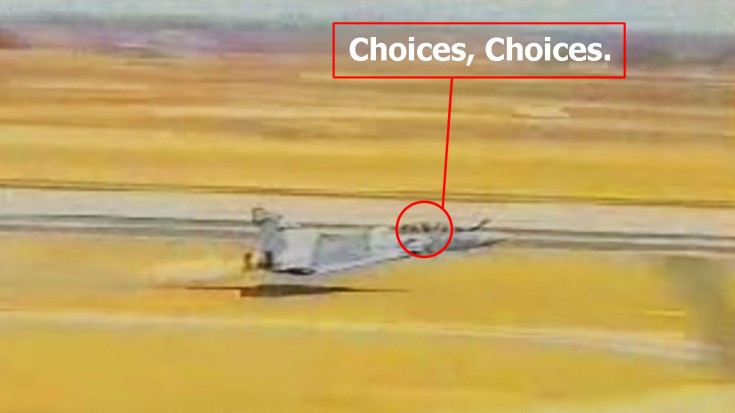 Talk About A Close Call.

This incident happened back in the days of VHS tapes and heavy, shoulder mounted personal cameras. What occurred however, is still amazing nonetheless. We’re going to forewarn you though. The footage looks like garbage as it was taped back in the day, but you’ll still get to see the important parts that happened.

During an airshow, a Mirage 2000 was performing its standard maneuvers and wowing spectators until he made a big mistake. While exiting a loop he waited a bit too long to make his turn and was also too low. The result of that was a ground strike.

Mirage 2000s are French multirole jet fighters and are used by 9 nations around the world.

What we mean by that is he actually hit the ground and not only once, but twice. What’s even more amazing is that the pilot didn’t bail out even though he must have felt those impacts. We’ll give that to him, but unfortunately, the plane crashed anyway after trying to climb at full thrust.

The frustrating part about this comes at the end though, but we’ll fill in in for you. After the climb the video cuts out (go figure) and when the cameraman gets it working again theres nothing but a big fire on the ground. After doing some research for you guys, what happened is that the engine gave out after the plane hit the ground. The pilot bailed out safely but as you’ll see, the plane just took a wild nosedive.