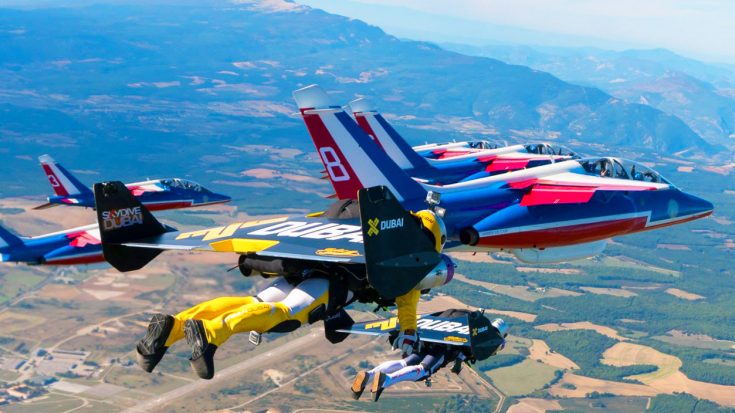 “The Jetman weighs 330 pounds, has two JetCat P400 engines (which are built for model planes) with eighty-eight pounds of thrust power. Depending on conditions, it can hit between 160 and 190 MPH.”

Yves Rossy and Vince Reffet work for Jetman Dubai where they are in the process of developing jetpacks for personal use. So far the trials have been quite successful and their business model operating out of Dubai has gained international attention for their innovation in the field of jetpacks.

Rossy and Reffet recently unveiled a video of themselves flying alongside the Patrouille de France, the French equivalent of the Blue Angels. Not gonna lie, this is some pretty incredible technology that can keep even pace with fighter jets. This incredible film shows that jetpacks are finally catching up to the science fiction that first envisioned them.