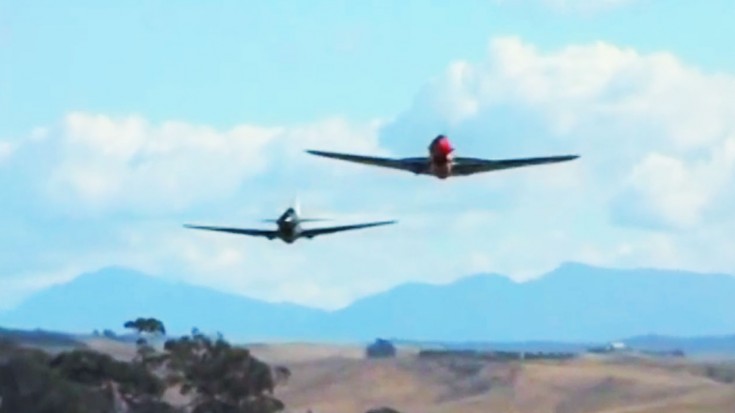 The Flying Tigers Scored A High Kill-Loss Ratio With These Warbirds!

Curtis P-40 Warhawks were designed in the late 30s, with their first official flight occurring on October 14th, 1938. They were American made single seat fighter and ground attack airplanes used mostly by the Allies during World War II. With almost 14,000 manufactured during the course of the war, they were the third most produced Allied fighter plane after the P-51 Mustang and P-47 Thunderbolt.

He could outturn you at slow speeds. You could outturn him at high speeds. If you decided to go home, you could go home. He couldn’t because you could outrun him.-Robert DeHaven- World War II Fighter Ace on fighting the Zeros

The P-40s used by the United States Army Air Corps were typically called Warhawks, while the British and Soviet air forces adopted different names for their variants. The P-40Bs and P-40Cs were called Tomahawks, while the P-40D and later variants were named Kittyhawks. The Kittyhawk in this video (with the shark mouth logo) is one of just two airworthy warbirds that has served in Royal New Zealand’s Air Force during the war. The RAAF used the Kittyhawks as their primary fighter during the war, creating 18 fighter aces by the end of the conflict. As of this writing, there are close to 20 airworthy Warhawks, while many others are being restored.