News Crew Captures A Pilot Belly Landing In An Emergency 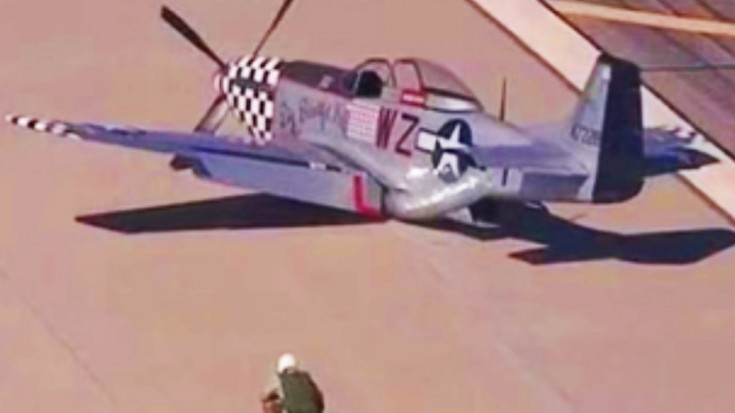 Any Landing You Walk Away From Is A Good One, But This One Especially!

Back in 2014, while filming a promotional video for the Copper State Fly-in, quite an event unfolded. Filmed from a helicopter, the ill fated P-51 Mustang was unable to extend her landing gear, making it quite a hairy situation. With Jeff Pino behind the stick however, the situation was handled by a pro. A seasoned pilot and former president of Sikorsky Aircraft, Pino knew what had to be done.

Today is not gonna be a good day. Tower, this will be a fool stop.-Jeff Pino-Pilot

While getting ready for landing, he smelled something funny and asked for the crew to let him know if everything was alright. Unfortunately, they told him that only one of his landing gears extended. Realizing that this was not going to be an ordinary landing, he did what he could.

He retracted the extended gear so it doesn’t throw him off, and proceeded to the runway at low speed to put her down as gently as possible. Although damaged, Jeff Pinto saved both himself and Big Beautiful Doll from possible disaster. At $2.2 million dollars however, this 1944 Mustang will be fixed right up and remain part our rich historical aviation.