Largest Rc Corsair In The World With 400cc Radial 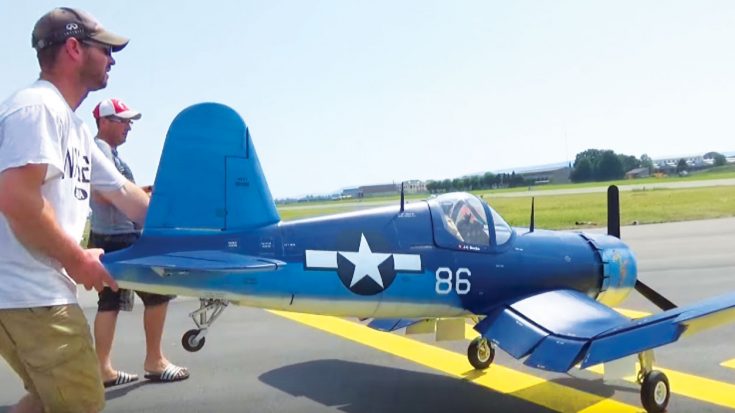 This video it pretty awesome if you like Rc warbirds. This guy, whose name we cannot track, build one of our favorite planes of World War II. That’s right folks, the bent winged F4U Corsair. Not only that, he made a giant one which has a wingspan of over 11 feet. Combine this with the fact that it has a 400cc Moki engine in and you have yourself a pretty sweet video.

We’d just like to point out that we are not the owners of the video, so if you don’t like the music don’t blame us!

The funny thing about this particular video on Youtube is that it got almost 1000 likes but 37 people gave it a thumbs down. Because we live in a world run by social media nowadays, we feel like people just love to hate on other people. Think about it though. What’s not to like about this video? The plane was great. The flying was even better. It is in fact, a giant, rough sounding Rc Corsair. The video was edited very well and is the perfect length as not to bore the audience.

Like we said, people love to be haters but we here at World War Wings would just like to say just one thing, and that’s “thank you and great job.”