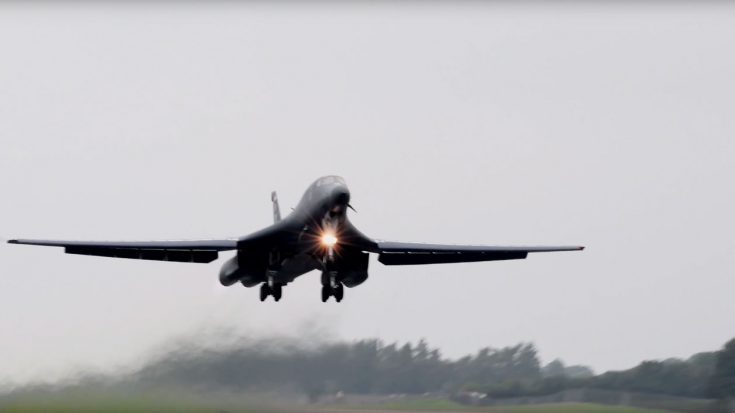 The Bone To Pick.

Often referred to as “The Bone” the B-1B Lancer is a rare conventional bomber with only around 100 units produced. Designed as a replacement for the B-52 Stratofortress, the Lancer went through a lengthy development process before debuting in 1986. Able to reach speeds of 830 mph, with a range of over 5,900 miles and a payload 125,000 lbs the B-1B can really deliver the hits. Production numbers of Lancers were lower due to the government shifting production towards stealth fighters. The B-1B has proven its worth in the Iraq War and as during attacks on ISIS. This beautiful bomber participates in NATO attack exercises led by the Czech Republic known as Ample Strike.

“During Ample Strike, the B-52, B-1Bs, and airmen from 2nd Air Support Operations Squadron, Vilseck, Germany, will conduct day and nighttime operations to improve the ability of alliance forces to fight together.”

The Lancer demonstrates its ability to maneuver at low-altitude flybys in order to attack and evade danger. Check out the strike recording from Military Zone HD.