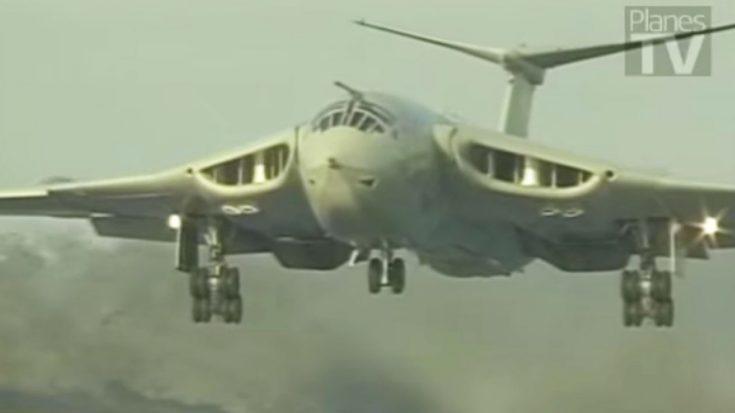 Kind Of A Shame.

Afer World War II, many countries felt the many pressures of the Cold War. For this reason, the U.K. made a series of nuclear-capable bombers known as V-bombers. They consisted of the Avro Vulcan, the Vickers Valiant, and this here Handley Page Victor.

The Victor was built to be able to drop the Yellow Sun nuclear bomb.

Built in 1952 and introduced in 1958, 86 of them were built and were kept in service until 1993. The video you’re about to see is the sad day when the last one was grounded. It was covered by many T.V. stations as you can imagine, as this was one of the most iconic planes (in terms of looks) built by the U.K. and they served a very crucial role in their national security.

As of right now, there are five Avro Victors at various museums and displays throughout the United Kingdom. Sadly, none of them are airworthy and we haven’t heard of anyone trying to get them back to flyable condition.

There are two reasons for that. One, of course, is money which is true for any restoration. The other is the parts and mechanics which are hard if not impossible to acquire. Sad but true.