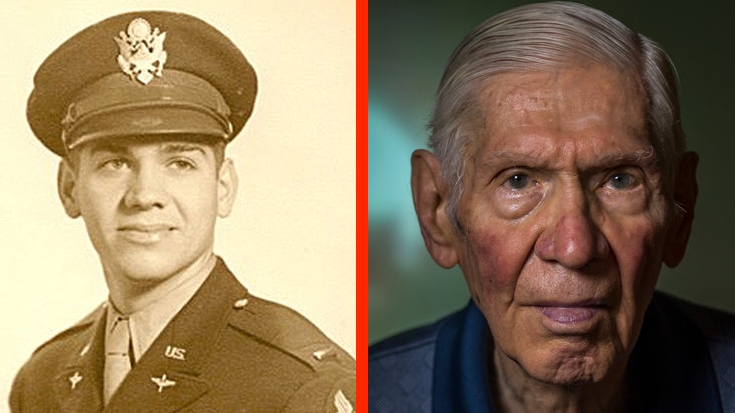 73 years have passed since America dropped the atomic bombs on Hiroshima and Nagasaki to force the surrender of Imperial Japan. Well over 100,000 Japanese citizens died in the combined attacks but they were effective in bringing World War II to a close. Only one member of those legendary bombing missions still survives to this day and he still has some strong feelings about his mission.

95-year-old Russell Gackenbach served the Navigator aboard the B- 29 Necessary Evil as it accompanied the Enola Gay on its mission to drop the atomic bomb. The details of the mission were kept secret until right before they went into action. None of them had heard of an atomic bomb, just what to do on the mission.

“We were only told what we needed to know, and keep your mouth shut.”

Second Lt. Gackenbach joined Paul Tibbets aside the Enola Gay and proceeded to drop the bomb. In the decades since the war’s end, Russell Gackenbach has learned how many died in the blast and of the radiation that lingered. However, his feelings about the situation remain as strong as ever.

“After 73 years, I do not regret what we did that day. All war’s hell. The Japanese started the war; it was our turn to finish it.”

After all these years he still feels justified in what he did and that it was necessary to end the most brutal war in history. Russell Gackebach provides an interview on the Hiroshima bombing in this short clip.