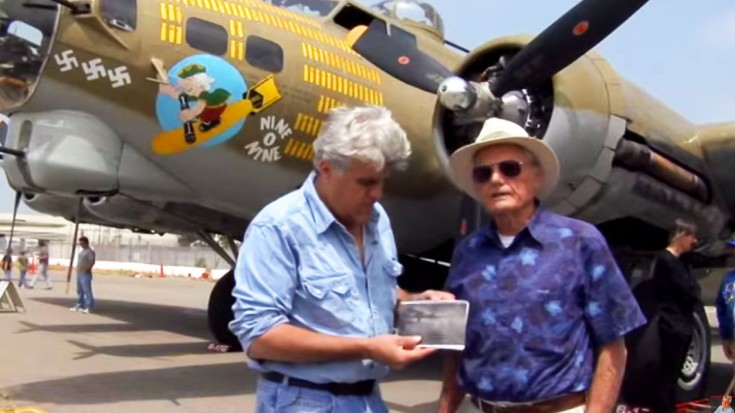 The Flying Fortress As You’ve Never Seen Her Before

Jay Leno loves any type of engineering as long as it moves fast, flies high or anything in between. An avid collector of classic and vintage cars, it’s no wonder that we see him here in front of a B-17 Flying Fortress. This warbird is loved by her pilots and historical aviation enthusiasts alike and in this short clip, you’ll be able to find out some of the most important facts about her.

Rob Collings of the Collings foundation will give you a tour of the Flying Fortress and give you some of the most interesting facts about her.

While touring the B-17 and collecting interesting pieces of information, Jay Leno also had the pleasure of meeting some World War II veterans. One of them was Frank Perez, a turret gunner on a B-17. He was just 20 years old when he performed this dangerous task and what’s more, flew 32 missions over enemy territory. If there’s one thing you should know about the B-17s and their missions, it’s the fact that many of them didn’t make it back. They were sent out to accomplish some of the most dangerous bombing raids during the war and typically encountered heavy flak from the ground and intercepting Bf 109s in the air.