Let These 9 Merlins Sing To You 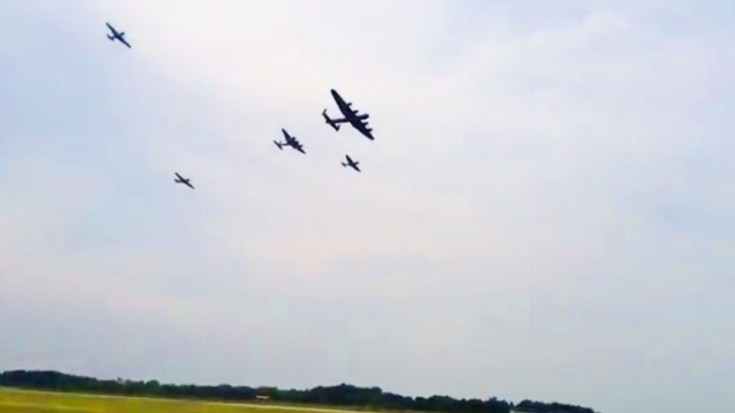 This short clip was filmed during the 2013 Hamilton Airshow at the Canadian Warplane Heritage Museum. You’ll see a low flying formation of 5 World War II planes powered by the Rolls-Royce Merlin engines and as you can expect, it sounds amazing!

The Rolls-Royce Merlin engines were used in some of the most famous war birds of World War II, including the Supermarine Spitfires, Hawker Hurricanes, DeHavilland Mosquitos and the P-51 Mustangs (Mustang engines were licensed to Packard.)

The Merlin was developed in England in 1936 as a liquid-cooled, V-12, 27-liter engine. It was engineered as a private venture, but soon became one of the most successful engines in World War II. It was later superseded by the Rolls-Royce Griffon.

There were a total of 16 major variants of the Merlins over the years, ranging from 1000 hp to 2000 hp. During the war, these engines were produced in factories located in Derby, Crewe, Glasgow and Manchester with just under 150,000 being manufactured. Built at an average price of of £2,000, about 34,000 U.S.D today, they were quite expensive and the propeller came at an additional cost of 3,000 U.S.D. calculated to today.