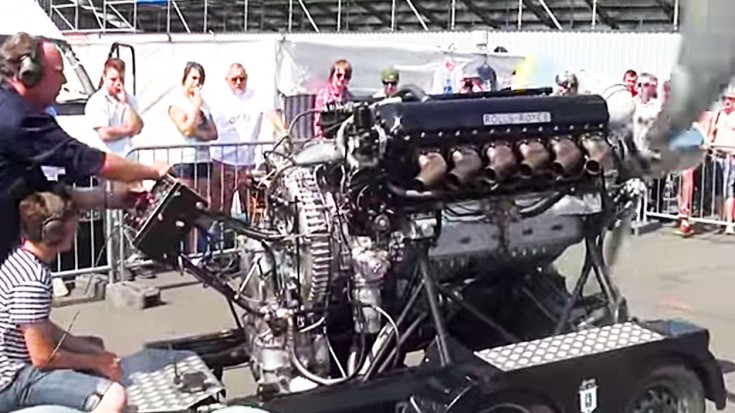 This Is The Beast That Powers Most Of Our Favorite Warbirds

So this is definitely a little different. Apparently this guy went to an auto show and as opposed to bringing a shiny, supercharged car, he decided to whip out a Roll-Royce Merlin engine to blow people away with. Pun intended.

Mounted on a trailer, which we hoped was perfectly balanced and sturdy (and possibly bolted to the ground), he cranked that thing as far as it’ll go! The people just stood in font of it with their jaws to the floor.

Just a little bit of knowledge for you. The Merlins powered some of these awesome planes:

To expand you knowledge a bit further, the Rolls-Royce Merlins were first built in 1936. They were 12 cylinder, liquid cooled and the first models maxed out at 3,000 RPMs producing 1,030 hp. No wonder they were so successful! Once put in a midsize fighter such as the P-51 Mustang or Spitfire, they extended the capabilities of the plane ten fold!