This Guy Cries When His Life Dream Comes True: To Fly A Spitfire 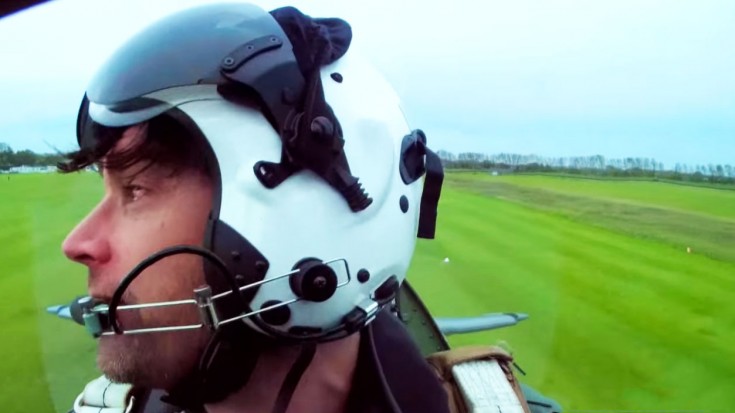 Between The Plane, The Commentary And The Music, Its Hard To Keep Your Tears Back

Alex James is a columnist at the Telegraph, a U.K. based daily newspaper. A historic warbird enthusiast, Alex has had a pilots license for 16 years, but it has always been his dream to fly his favorite, the Spitfire. He was granted his wish and joined the Boultbee Academy in Goodwood, U.K., where he took a two day course that teaches pilots how to handle the Spitfires.

I still can’t look at a Spitfire without crying. She’s the prettiest girl at the ball. Whichever angle you look at a Spitfire from, its beautiful. That’s the most beautifully handling plane I’ve ever flown and it’s such an overwhelming kind of head rush…I was really crying for most of it.

Training is similar to what actual World War II pilots went through. They were first taught on a Tiger Moth, a de Havilland biplane with a cruising speed of 67 mph, then graduating to the more powerful Harvard, or T-6 Texan as it’s known in the U.S. After passing, the next step is getting into the cockpit of the Spitfire. Just watching Alex’s face when he talks about the Spit is enough to know the significance this day had for him. Check this lucky guy out!