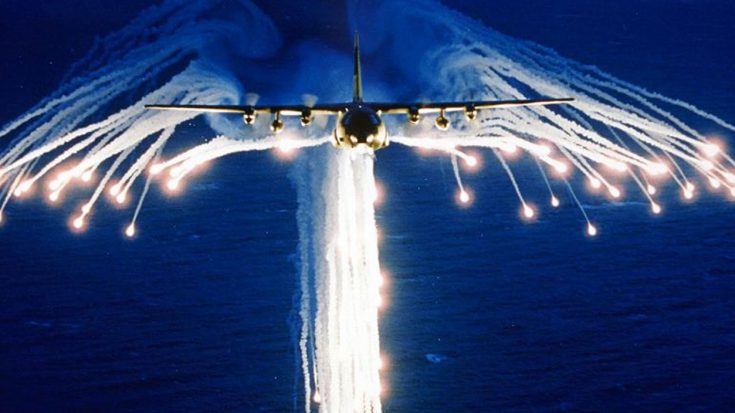 Military vehicles at one point or another will end up in harm’s way, as is the nature of their purpose. Aircraft, in particular, may find themselves vulnerable to attack if fighters aren’t to defend. So in a worst-case scenario, many aircraft are equipped with aerial flares as means of saving their lives. When deployed flares can burn at temperatures of several thousand degrees, much higher than the flames from the engine creating a diversion for heat-seeking missiles. 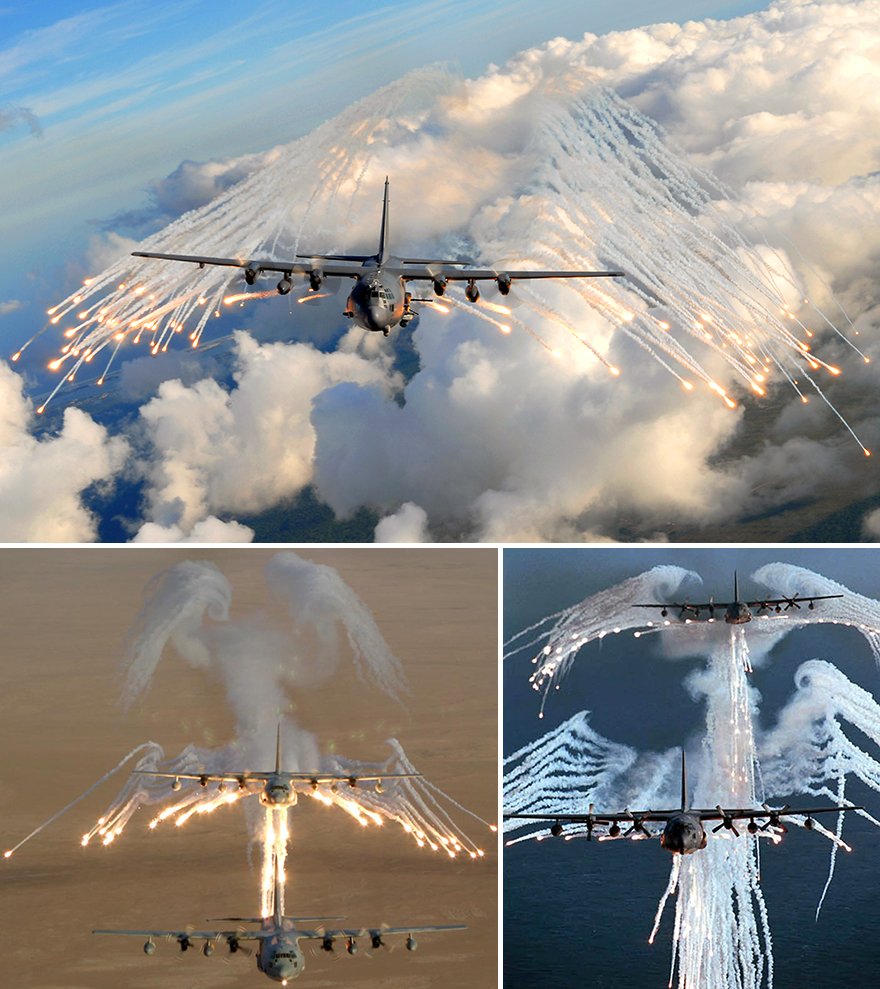 “When modern warplanes have missiles fired at them, they deploy flares or chaff to lead those missiles off-target. The magnesium-containing flares are designed to burn hotter than the airplane’s exhaust, drawing heat-seeking missiles to the flare rather than the plane. Meanwhile the reflectiveness of chaff—typically small pieces of aluminum or reflective plastic—are meant to dazzle and confuse radar-guided missiles.”

The deadliest gunship in the United States by far the AC-130. It inspires terror in the terrorists with its massive arsenal of weaponry. When targeted by enemies it deploys its own system of countermeasure flares to keep it safe that resembles an angel. Watch this awesome clip and see just why they call the AC-130 the Angel of Death.