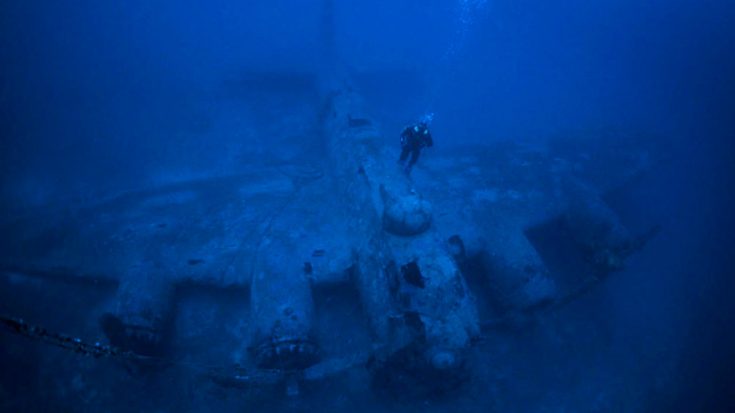 Throughout the 1940s a the bloodiest war in history raged across Europe with fighter planes in the sky, soldiers on land and ships in the sea. In this conflict, some rose to the top while many soldiers fell in the fight. But where they fell tells a story of the war, very much like the warbirds at the bottom of the Adriatic Sea.

The island of Vis near Croatia has a lengthy history as a military outpost, used in ancient times by the Greeks and occupied by the Axis Powers during WWII. In 1944 a fierce battle broke out between the RAF and the Italians for control over Vis. The British eventually gained control and set up an airfield on the island at the cost of losing several aircraft. Fortunately, the B-24 Diving Centre takes divers out to explore the wreckage of Adriatic Campaign of WWII.

“It was named after the American B-24 bomber, known as the last specimen of the Liberator, also called Tulsamerican, sunk on December 17th 1944, in the vicinity of the Island of Vis, at the depth of 42 metres.”

There is a beautiful mystique to the submerged bombers. Now covered with marine life and home to countless fish these divers examine what 70 years in the ocean can do to planes that once soared the sky in this film.