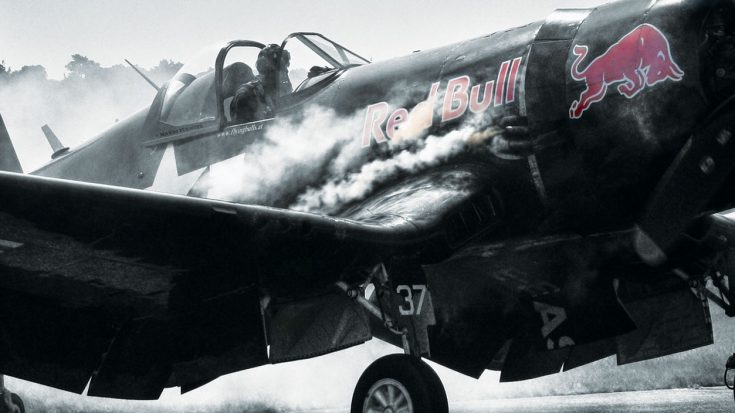 We might get a lot of heat from a lot of you folks here, but we have read many comments that support our ideology. Trust us though, we get it. We get both sides of this argument but in the end, where do people get off? Some people complain about the prices of airshow tickets yet they’re the first ones to start pounding on their keyboard saying Red Bull’s defiling our vintage warbirds. Well, in case you haven’t noticed, these things take literally millions of dollars to restore and then maintain. Care to write a check?

These are warbirds mind you, that would have otherwise been heaps of scrap metal and slowly rusting somewhere out in a desert.

Here’s the number one reason against the logo we hear on our warbird pages.

When we post on of these Red Bull videos, we then see that many commenters write words like “defile,” “disrespect,” “vile” and the like. Saying that these warbirds are part of history and the pilots who flew them, and died in them, should be honored and not be tied into a marketing strategy for an energy drinking. 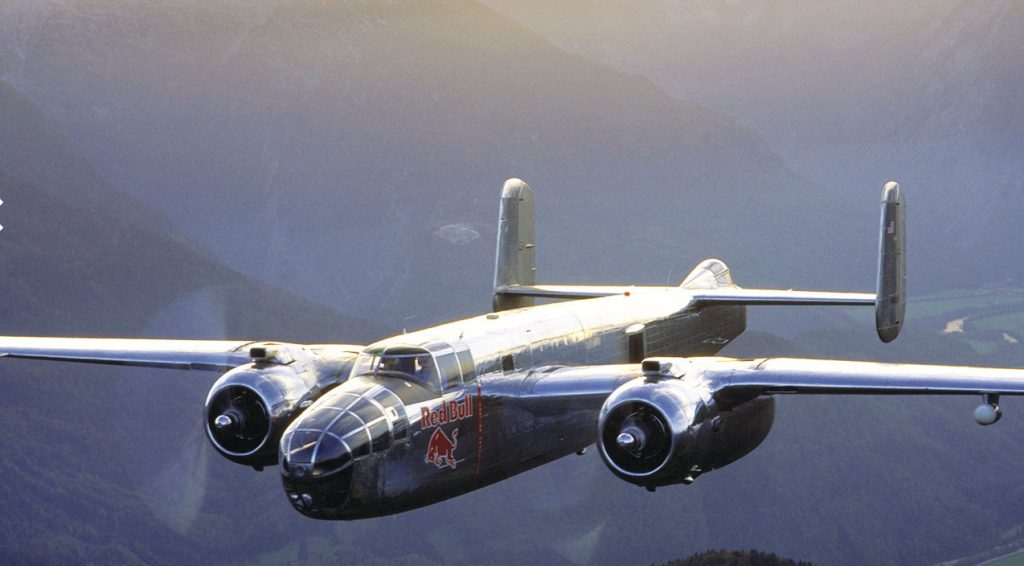 Ok, we get that, however, what’s the alternative?

We’ve scoured through Red Bull’s entire website and found a sub-site called hangar-7. These guys have an entire department dedicated to warbirds and other vintage aircraft. So far they’ve restored a P-38 Lightning, F4U Corsair and a B-25 Mitchell. They are by the way, in tip top shape.

Take this sentence from their website into account for instance. They’re talking about the ANNUAL maintenance the Corsair undertakes.

For the Corsair, this major inspection is due every 50 flight hours or after one year…In addition to the major inspection this year, all electrical wiring is being replaced, the engine will be thoroughly checked, all hydraulic components inspected and many parts will be repainted.

Does that seem like a ton of work? Sure. A ton of work hours? Yes. Does it cost thousands? Of course. 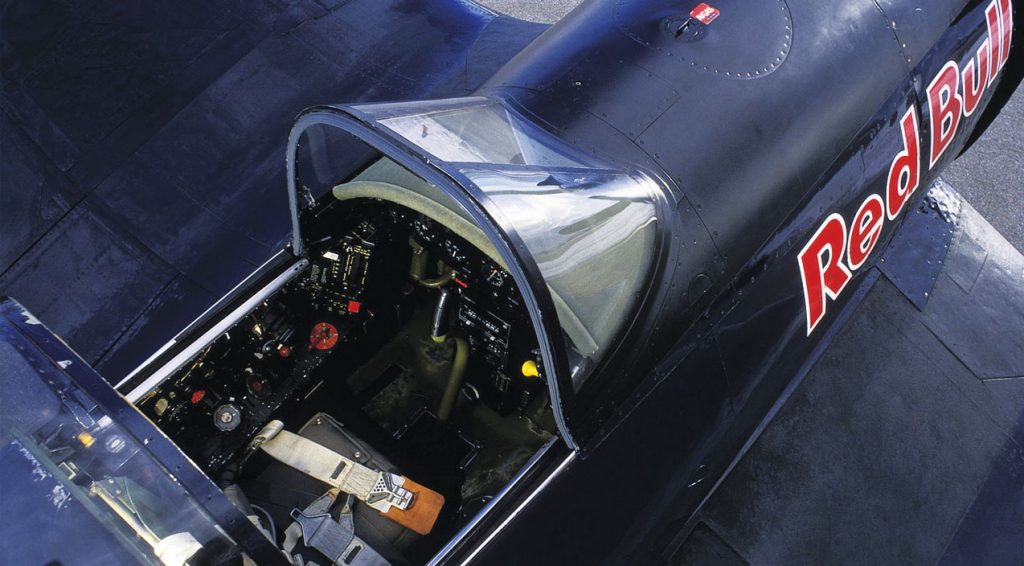 We’re not being jerks here either. It’s not that we support a big brand company and throw history out the window, but we live in a capitalistic society. Money is king and in order for Red Bull to do what they’re doing, they have to market it as such. 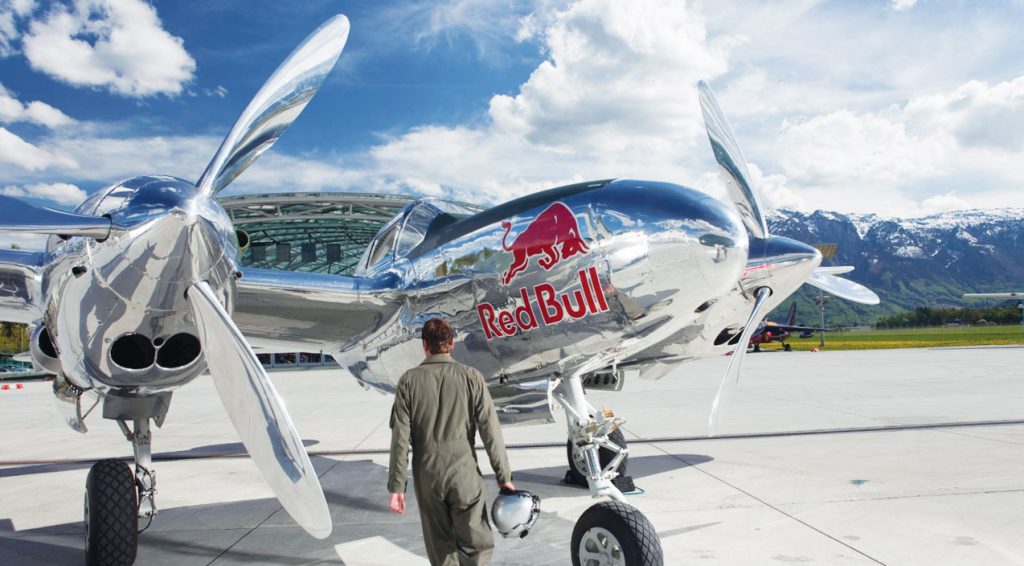 Check out this video for yourself and let us know if you’d rather not have watched it. The aerial maneuvers these guys put on are mesmerizing and because of it, thousands of new people are turned on to these planes, hence, keeping history alive. Sounds like a job well done to us.