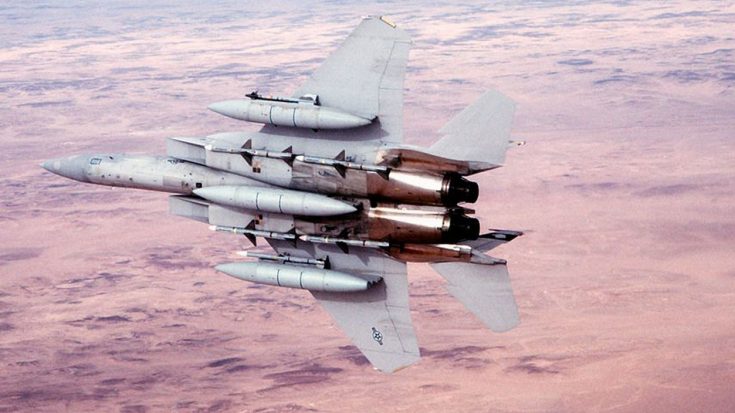 In the early 1990s, the Iraqi military invaded the nation of Kuwait seeking its oil and coastal access. The violent invasion of united a coalition of 39 nations to fight back against Iraq. The United States led the charge with one of the most effective aerial campaigns in history, Operation Desert Storm.

The Iraqi Air Force had many seasoned veterans from their war with Iran and MiG-29s from their alliance with Russia. The US Air Force acquired targets to cripple the Iraqi military complex but they had a very tough road ahead. Captain Chuck Magill had the difficult task of being the first fighter pilot on the scene clearing the way for incoming bombers.

“My mission goal was basically to take the Eagles out in front, about 100 miles about in front of the strike package and clear the air of adversary aircraft. We were protecting 40 F-16s. The F-16s were carrying two 2,000-pound bombs.

The primary target of the mission is the Al-Taqqadum weapons center a factory vital the Iraq military. However, the Iraq Air Force is also stationed in the city of Al-Taqqadum but despite the risks the attack pressed on. Captain Magill flew into the region when intel suddenly picked up two MiG-29 fighters heading his way while anti-aircraft began firing on his F-15. The intense footage of Captain Magill is seen in this amazing war history clip from the Smithsonian Channel.