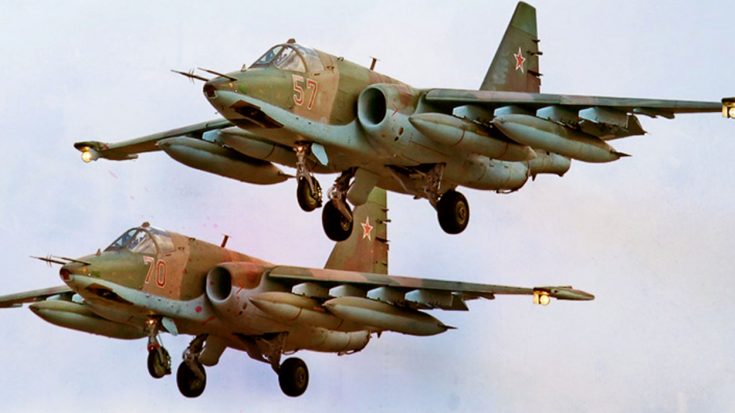 As the nation of Syria is torn apart by war more nations have become involved in the conflict. Over the past year, Russian military forces have engaged ISIS insurgents. Russia has increased air support by sending Sukhoi Su-25 fighters to continue their attacks on insurgents in the city of Aleppo.

While Russia has had success combating ISIS, they have drawn much criticism for their methods of attack. Russian warplanes have been accused of using cluster bombs and thermite, a substance that burns nonstop for about three minutes. These airstrikes have left thousands homeless and actually have killed more civilians than ISIS members.

Information recorded by the Syrian Observatory for Human Rights.

The methods of attack may be too extreme and President Obama has called them “Barbarous”. The Russia claims they are only targeting militants yet their attacks have left an entire city in rubble.

“Western countries accuse Russia of war crimes, saying it has deliberately targeted civilians, hospitals and aid deliveries in recent days to crush the will of 250,000 people trapped inside Aleppo’s besieged rebel-held sector.”

Russia is driving back insurgent forces with their air strikes, but are these attacks worth the casualties? This video from South Front takes a closer look into the Russian assault.