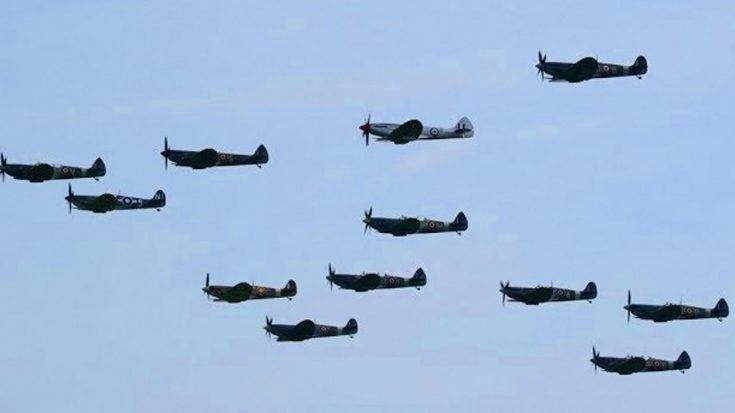 The Supermarine Spitfire is arguably the best fighter of World War II after leading the Royal Air Force to victory against the German Luftwaffe. The speed, agility, and firepower of this fighter plane kept it fighting long into the war as a top-tier plane. Over 20,000 Spitfires once flew the skies during WWII but not a whole lot survive to this day. Any time that a group of them get together it is a sight of pure joy.

Hoards of German aircraft were intent on destroying but they simply could not outperform the Supermarine Spitfire. Even the best German Aces of World War II had a deep respect for the performance of the Spitfire.

Recently at the Duxford Airshow, a group of 12 Supermarine Spitfires gathered together to put on a very impressive display. It has been a long time since so many Spitfires got together to strut their stuff in a collective fashion. Only about 54 Spitfires still exist on earth so it is an extraordinary sight to see so many of them collected together in a single display.

Check out this video to see what the Supermarine Spitfire is truly capable of and hear the sound of victory.