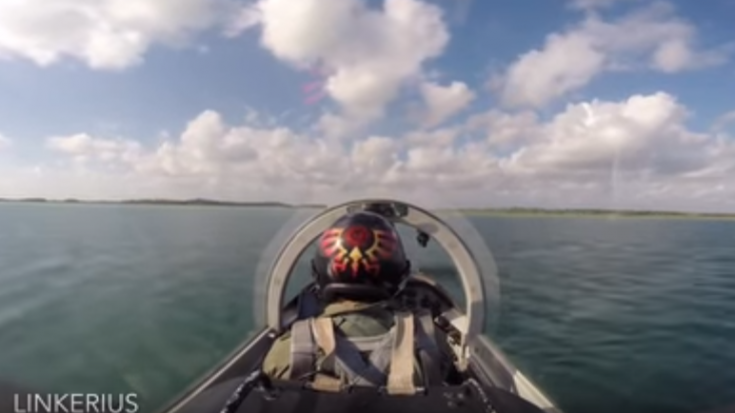 How Low Can It Go?

Although the music’s pretty good, it’s still quite unforgivable to replace the actual sound. Nevertheless, this is as cool as it can get. While it is both dangerous and extreme, keep in mind that they didn’t just hop on the plane and decide to fly low. Because the aircraft is only centimeters from the ground and water, it needed a skilled pilot to pull it off. It’s definitely not for everyone.

Fun Fact: Back in 2012, the pilot of a Swedish Air Force’s C-130 cruised at 220mph and swooped the plane only five meters from the ground. He did for “a bit of fun” but ended up costing him his job.

To be fair, it makes me wonder how they were able to fly when it’s too obvious they both have balls of steel. It has ‘danger’ written all over it but hey, as long as they’re not putting anyone in harm’s way, it’s their choice.

P.S. Maybe a second camera under the plane would have been great too.