Where Was The Luftwaffe During The Normandy Invasion? – No Fighters For Easy Targets? 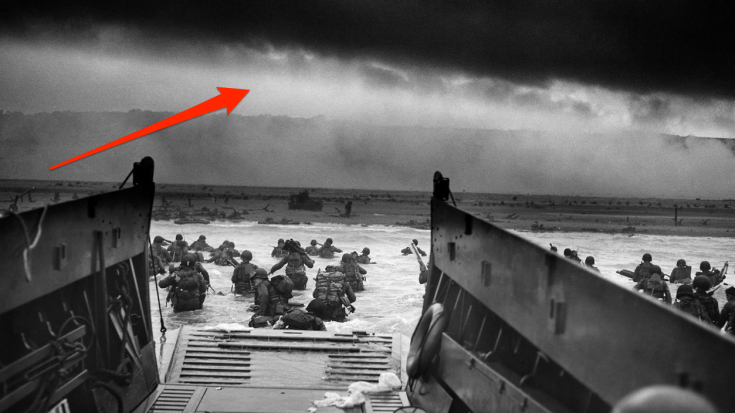 It was the most iconic conflict of the second World War II, the moment when the Germans and Americans finally came to blows. June 6th, 1944 better known as D-Day brought the battle that would define WWII and gave hope to the Allies as they landed a decisive victory. American troops and destroyers fought tooth and nail against German gunners and infantry, but in large part, the Luftwaffe was not present.

Thousands of American troops faced the horror’s of Germany’s Atlantic Wall, gunners in sturdy pillboxes, anti-air flak, barbed wire and other obstacles. Yet, there was no Luftwaffe. American troops would have been easy pickings for fighters as they struggled to advance up the coast, so where was the German air support?

Some may attribute the lack of fighters to surprise attack from the American, but they made their presence known hours earlier as American bombers attacked coastal gunners. There were a few fighters that strafed troops along the beach, but air support was quite minimal not for lack of scrambling to deter targets, but mainly because the Luftwaffe didn’t have planes available in the area.

“By June 1944, the Luftwaffe was losing both in the East and in the West. The Germans had only about 200 planes (of which 140 were ready for duty) in northern France and Belgium on the 6th of June. The German plan was to keep their fighter units in Germany to fight the Allied bombers until it had been established that the landing was not a feint and then “surge” west, if possible establish air superiority, if not at least deny the Allies air superiority while the ground forces threw the Allies back into the sea.”

Weather conditions on that day wouldn’t help visibility for fighters and the presence of barrage balloons would have impacted their performance. Essentially the Germans believed that the Atlantic Wall would be enough to hold off the invasion, but they were proven wrong and the Allied made their presence felt after it was penetrated. For a deeper look into the lack of air support at Normandy check out this great video from Bismarck.