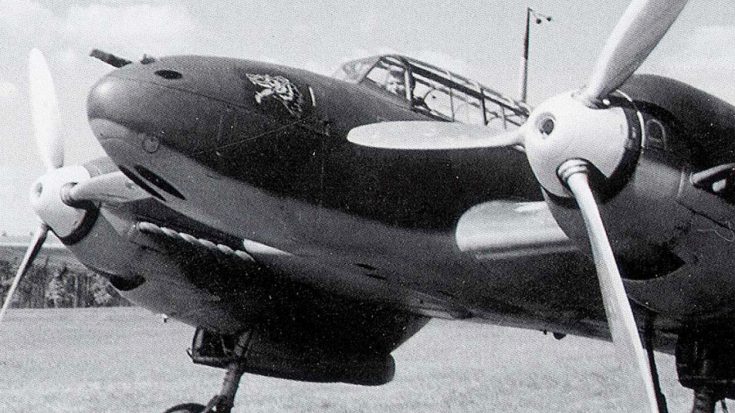 The go-to planes of the Luftwaffe are always thought to the Focke Wulf 190 and the Messerschmitt Bf 109. They were great planes but they typically couldn’t go beyond the role of the fighter. The Germans turned to another plane which in many ways could be considered their first multirole fighter, the Messerschmitt Bf 110.

Ground attacks, fighter-bomber, heavy fighter, night attacks, was there anything the Bf 110 couldn’t do? The Bf 110’s twin-engine frame resembles a P-38 Lightning or de Havilland Mosquito and like those planes, it performed with success but not as largely celebrated as other German fighters. Designed by aviation guru Willi Messerschmitt the Bf 110 was originally intended to serve as an escort for larger bombers.

One of the limitations that dragged down the Bf 110 was its lack of maneuverability. British fighters learned to exploit this during the battle of Britain which led to the loss of many P-38s. The Bf 110 in its multiple roles tried to do too much and in didn’t do enough.

“The Beaufighter, Mosquito, and Pe-2 were never intended to be fighters and the P-38’s main role was as a fighter. Hitler’s obsession with offensive capabilities required the Germans to produce aircraft with multiple roles that compromised performance as opposed to the Allies who produced aircraft that were more specialized.”

In this archival film, you can see a group of Bf 110s as they engage in combat missions during WWII, captured in color with sound.