M1 Garand – In The Movies 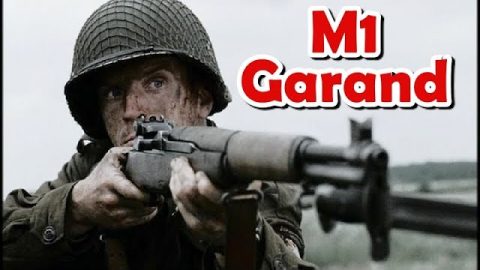 The M1 rifle was the infantry weapon used by the US forces both in WWII and the Korean War. It was one of the best rifles during these times, and there’s no WWII movie without it.

During WWII, 5.4 M1 rifles were made and used by almost every branch of the US military. Its rate of fire was particularly effective against the Japanese, giving light and mobile firepower in jungle terrain. In the European theater, it evened the odds for Allied squads against enemy machine guns.

One of the most famous disadvantages of using it is while unloaded the bolt could easily slip, slamming on the user’s thumb. The scene from the movie, 71 Into Fire showcases how this might feel.

The most common variant you’d see in films are the sniper variants- the M1C and the M1D. Meanwhile, one of the most popular uses of M1s in films are with bayonets or M7 grenade launchers.