M16 vs AK-47: They Put Them Through Different Tests 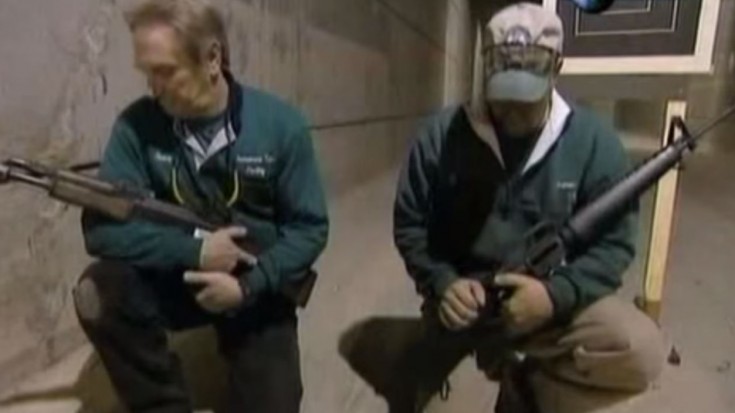 Being the two most common assault rifles, it’s difficult not to compare the M16 and AK-47. They have faced each other several times in various types of conflicts which made them the subject of constant debate. Here’s a quick overview of each one:

The M16 Rifle was first used for jungle warfare during the Vietnam War. It replaced the M14 as the standard service rifle of the US Military. With its revolutionary design, it’s lightweight and allows soldiers to carry more ammunition. As long as there’s flat surface to work on and some simple tools, it’s easy to assemble, repair and even modify.

The M16’s most distinctive ergonomic feature is the carrying handle and rear sight assembly on top of the receiver.

The AK-47, on the other hand, was designed by Mikhail Kalashnikov and built in the Soviet Union. It does not have the carrying handle present in the M16. It boasts of reliability even under harsh conditions and production costs are low in addition to its ease of use. It is often described as a hybrid of the best rifle innovations.

The AK-47 was designed to be a simple, reliable automatic rifle that could be manufactured quickly and cheaply, using mass production methods that were state of the art in the Soviet Union during the late 1940s.

With incredible features, these two aren’t going anytime soon. In fact, they’re most likely to be used in the next few decades. We’ll just have to wait and see what changes technology can give them.