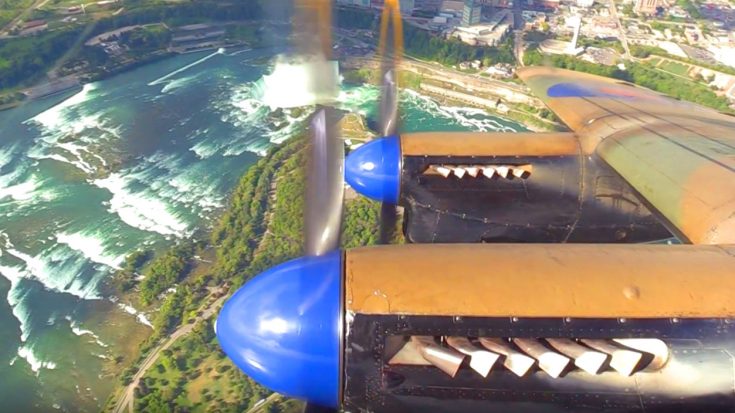 The Avro Lancaster has gone down in history as a bomber that defined World War II. The Lancaster Bomber dealt some of the heaviest blows in the European Theater of War by dropping blockbuster bombs on German strongholds. This bomber has earned a devout following throughout the ages for its heavy bombing capability and proven track record during WWII.

“With a full bomb load, the aircraft had a range in excess of 1,500 miles. The Lancaster’s performance, its ruggedness, reliability and to many its sheer charisma, endeared it to its crews who were proud to fly this famous thoroughbred.”

There are only a mere 17 Avro Lancasters remaining in the world today and only two are able to fly. Fortunately, one of those two Lancasters is located along the Canadian border as part of the Canadian Warplane Heritage Museum in Mount Hope.

The Lancaster was more commonly known as Vera routinely flies over Niagara Falls giving her passengers the ride of their lives. Check out the incredible view in this video and see the Lancaster over the mighty waterfall.