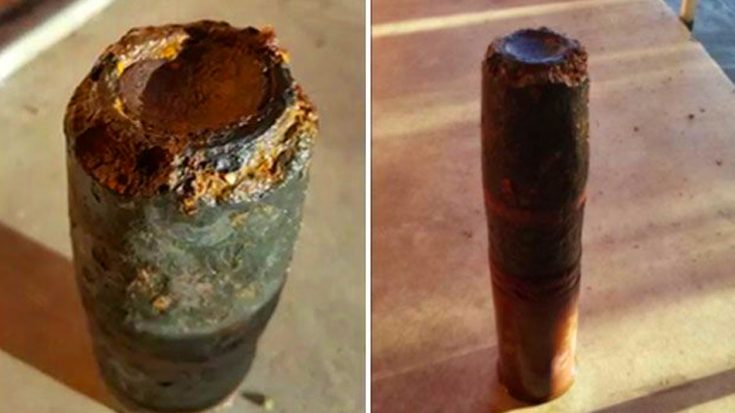 Every once in a while undetonated munitions from World War II turn up in the most random places. Some have been found in gardens, there was a story of a bomb that spent decades being used as a doorstop among others. But not everyone is so keen on proper disposal of these explosive devices as one police station found out the hard way.

Jamie Maxwell a resident of Brisbane, Australia discovered an undetonated WWII bomb near a creek. He decided to be a good samaritan and bring the munition to the authorities. So he picks up the weapon brings it to the front desk of the local police station. However, that isn’t exactly the smartest thing to do and the Police Station was placed on lockdown.

The authorities are called in for over 100 bomb removals per year in the area but they aren’t used to a delivery service. The area around Brisbane was a former training ground for US soldiers during WWII, hence the frequent discovery of these bombs.

“They still present a risk to you, and have the potential to cause significant life-threatening injuries.”

The rather awkward bomb disposal incident can be viewed in this clip from News 7.